This game is incomplete, but you can enter the game, walk around Matrix City, and talk to the people you meet. They tell some good jokes sometimes... and some bad ones too! There are even a couple of working quests.

The project is on hold for now, but we may come back to it again at some point in the future. Enjoy!

Use WASD or arrows to move, or you can move by clicking both mouse buttons and drag L/R to steer.

Interactive devices (ATMs, vidphones, etc.) don't work, but NPC conversations do. Inventory should work, and there are a couple of simple quests partially working (Chad and Linda). The level has some oddly placed SciFi stuff in it that is experimental, and we know it's not placed well. It'll be cleaned up and added to in a future revision.

Thanks for your interest! :)

CyberGhost is a new role-playing game, developed as an entry into the #cyberpunkjam game jam in March 2014. Unfortunately, I didn't have time to finish! Still, there are some things to build on for a future release, which I plan to continue working on. Most of the actual content below doesn't exist yet in the game. But feel free to look around the Matrix city level and maybe talk to a few people for fun.

I took the Cyberpunk theme for the jam as an opportunity to explore some fiction and gaming history related to that genre. Some of my references include:

In CyberGhost, you play as a newly evolved AI, in a struggle for life and self-determination against powerful adversaries. You will have to make hard choices in pursuit of your quest, infiltrate the megacorps ruthlessly, and engage in tactical combat... to the death!

The game will include 3 character classes (Samurai, Ninja, Sorcerer), as well as a detailed character attributes system (i.e. stealth, speed, power, resilience, essence, etc.) and skills system (spells/abilities for specific situations) that the player can customize via choices made during game play.

The game world will be "the matrix", and will include some NPC (friendly/unfriendly) interaction there, as well as solo runs against the high security computer networks of the Megacorps, in pursuit of the main quest line and side quests you may elect.

One of the key technical innovations of CyberGhost will promote game replayability by changing some of the "under the hood" success formulas each time a new game is started. This means that different strategies will be more or less effective each time you play!

The game also features original music and voiceovers, all created/performed by me.

Original game system and content, videos, music, etc. are ALL RIGHTS RESERVED, so please don't re-post or re-use without my explicit written permission. Thanks!

This game is currently unavailable 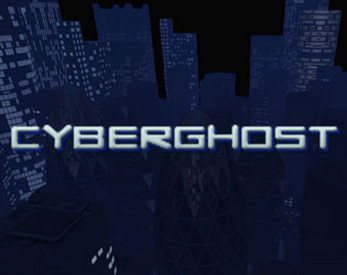